Available on: Amazon, Audible, and Barnes and Noble.
Overview:

Blurb: It began, much as it did for us, with a sickness that spread quick and deadly. But rather than COVID-19, the Doom, as it is known, killed millions and awakened the magical bloodlines in some of the survivors. Now, the world is an apocalyptic hellscape with the best and worst of humanity on open display. Magic runs deep in some of the remnants of humanity. And while it is magic that unleashed the Doom, it may be magic that saves the world.

Blurb: Kathleen is a soprano singer. She’s also cursed with a strange affliction all the doctors in the world and quite figure out. It feels like every step she takes is on broken glass and sometimes, it feels like her tongue has been cut out. Kathleen and her girlfriend Harry, who is a mezzo, try to deal with the downward spiral of Kathleen’s affliction, with help from Kathleen’s father Robin, his wife Tae, and an honest to gods selkie.

Blurb: Gwen Harper has a (literal) magical knack for finding things. She returns to Pendleford after many years away in the wake of her great aunt Iris’ death having inherited a house from said deceased relative. But not all welcome her back with open arms, and that includes her ex, Cameron. Magic and mystery and a little bit of mischief are all in the cards.

Body Count: 3, but one starts off dead.

END_OF_DOCUMENT_TOKEN_TO_BE_REPLACED

Blurb: This is the third book in the Five Hundred Kingdoms series; while it can be read as a stand-alone, it does make more sense if you have read The Fairy Godmother with certain characters that make an appearance. Katya, a daughter of the Sea King, is a spy for her father. She is sent ashore and meets a kitsune who she aids in defeating a demon. While on another mission, Katya meets the Seventh Son of the King of Led Belarus, another kingdom of the Five Hundred Kingdoms.

However, this kingdom has no Fairy Godmother, just the magic of Sasha, the Fortunate Fool and Seventh Son. Katya and Sasha fall in love, quite quickly, and end up separated when Katya is kidnapped by an evil Jinn. Katya and Sasha have separate adventures, including run-ins with Baba Yaga herself and the Queen of the Copper Mountain, as they strive to get back to one another.

Katya isn’t the only one that has been kidnapped. Because of The Tradition forcing his hand, the Jinn has been taking women of magical abilities away and keeping them to drain of their powers. One of the Swan Sisters has been stolen away by the Jinn, another captive is an actual ghost who is earth-bound. A snow maiden and shapeshifter have also been taken.

As ever with a Five Hundred Kingdoms, they also help many others along the way. All in all, a nice, happily ever after sort of story, with magical beings and multiple folk tale characters abounding.

Body Count: 2, technically? Does it count if they’re already dead?

END_OF_DOCUMENT_TOKEN_TO_BE_REPLACED 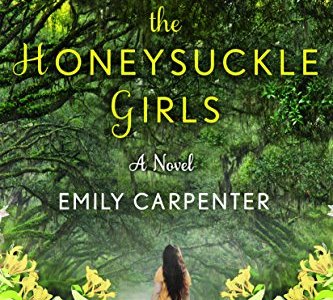 Blurb: Althea Bell is an addict with a troubled past and a dying father. There’s a mystery surrounding her trouble mother’s past, and it may be the key to unlocking her own troubles. With a little car theft, a bit more lying, and a lot of help from her childhood friend, this is a dangerous race against the clock ticking towards her thirtieth birthday.

END_OF_DOCUMENT_TOKEN_TO_BE_REPLACED

Blurb: Lost Lake is all about the magic in the ordinary and the beauty of taking a chance. Eby Pim decides to give up her beloved, but much deteriorated, Lost Lake resort to developer and real estate mogul, Lazlo Patterson. Lazlo’s been trying for years to get her land. But when Eby’s great-niece Kate Pheris shows up unexpectedly, her daughter Devin in tow, things go topsy-turvy and stay that way for the summer.

END_OF_DOCUMENT_TOKEN_TO_BE_REPLACED

Available at: Amazon, Audible, and Barnes and Noble.

Blurb: This is the second book in the Five Hundred Kingdoms series and it absolutely can stand alone as a novel, but makes more sense if you’ve read The Fairy Godmother. This book focuses on Princess Andromeda of Acadia. Unexpectedly, a dragon invades their kingdom. It is by Princess Andromeda’s own research that she uncovers what can appease the beast: virgin sacrifice. It is a terrible solution for a terrible problem. Things get even worse when Andromeda herself is chosen as one of the sacrifices. A Champion of the Tradition rescues Andromeda from Adamant, and together they pursue their magical quarry across the kingdom. Things are not as clear cut as they seem, though, and brother dragons Adamant and Periapt end up more friend than foe.

Body Count: not countable, for those lost at sea and more.

END_OF_DOCUMENT_TOKEN_TO_BE_REPLACED 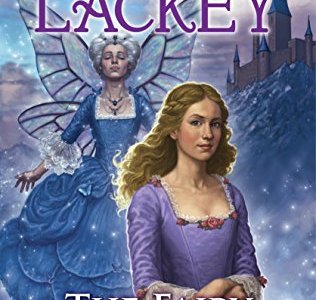 Blurb: The first book of a series, The Fairy Godmother introduces us to the world of the Five Hundred Kingdoms and the Tradition. Elena Klovis was to be her kingdom’s version of Cinderella, complete with an evil step-family and the nickname “Ella Cinders”. One problem: the prince is eleven. Elena seeks out work and is taken as apprentice to a real-life Fairy Godmother, her own fairy godmother no less. She begins training to become a Fairy Godmother herself and all the wonders, and troubles, that come with it. One of those is a Prince by the name of Alexander that turns out to be a total ass. Well, at least he turns into one after trying to mow down Elena. Now, Elena has more kingdoms to take care of, a royal jackass on her hands, and a lot more adventure on her plate than she first assumed she would encounter.

END_OF_DOCUMENT_TOKEN_TO_BE_REPLACED

Blurb: This story follows the three Owens siblings: Francis, Jet, and Vincent as they grow up with the magic of their family bloodline both bringing wondrous things and absolutely wreaking havoc on their lives.

By: Louisa May Alcott

Blurb: Little Women is a classic story of four sisters: Meg, Jo, Beth, and Amy March growing up during the American Civil War in New England. It is loosely based on the author’s childhood growing up with three sisters. The March family has its own fair share of trials of relative poverty and domestic squabbles. With patriarch Robert, the father of the four girls, absent as a chaplain in the Union Army for much of the story, Little Women focuses heavily on the interactions between four loving but flawed sisters as they grow up together, and then apart as life goes on.

Blurb: This is the follow up novel to Sarah Addison Allen’s Garden Spells; set ten years after the first book, it shows the lives of the Waverley family as they await the blooming of their magical apple tree at the first frost of autumn.

Available on: Amazon and Barnes and Noble.

Blurb: Katie Harper is turning twenty one and hopes, on this birthday, she will finally come into the powers she has been working towards for years. Most of the Harper women are known for being “wise women”, each having their own abilities. For Katie, her power suddenly appears in the wake of a death at her workplace. Now, she can see and talk to ghosts! Secrets abound with her new-found powers and danger from unexpected sources.

Blurb: Teenager James Watson, direct decedent of that Dr. John H. Watson, ends up in the same boarding school as Charlotte Holmes. She also happens to be the latest generation, but of Sherlock Holmes’ family line. They are nothing to each other, yet, they still end up tangled together in a murder investigation that is far more complex, and life-threatening, than it first appears as not one but three of the old Holmes and Watson adventure are mocked while lives are threatened.

END_OF_DOCUMENT_TOKEN_TO_BE_REPLACED

Help a tea-addled bibliophile out!

Want to help me read and review more books? Or get another cup of tea? Check out my Amazon Ebook Wishlist or buy me a cup of tea!